I bought a Zero Image 2000 Deluxe pinhole camera and it came last week. The first thing I did was load it with 120 Tri-X and went to Belle Isle in Detroit to shoot. 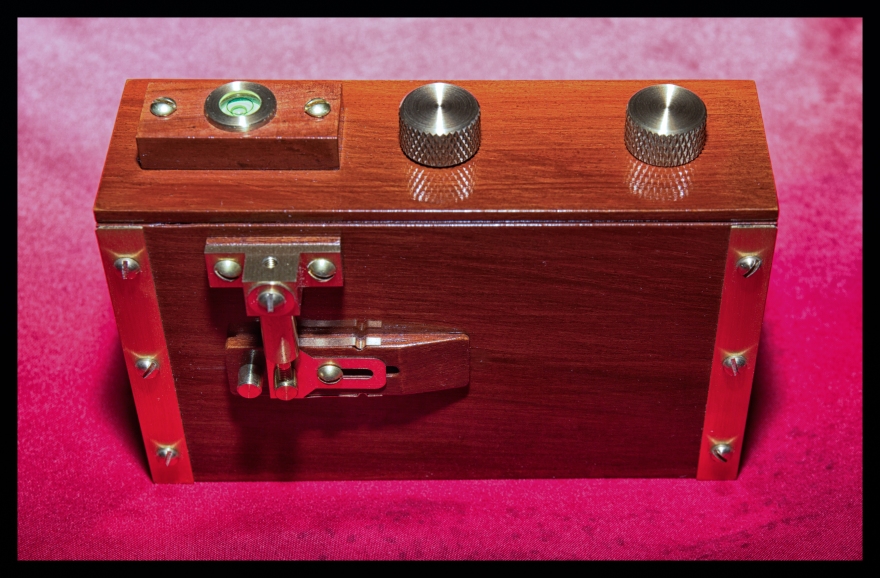 Belle Isle is an island off of downtown Detroit and it’s a cultural gem. Two structures I wanted to shoot were the casino and the conservatory. The casino was never really a casino per se. It opened in 1908 and was used for events, dances, and meetings. 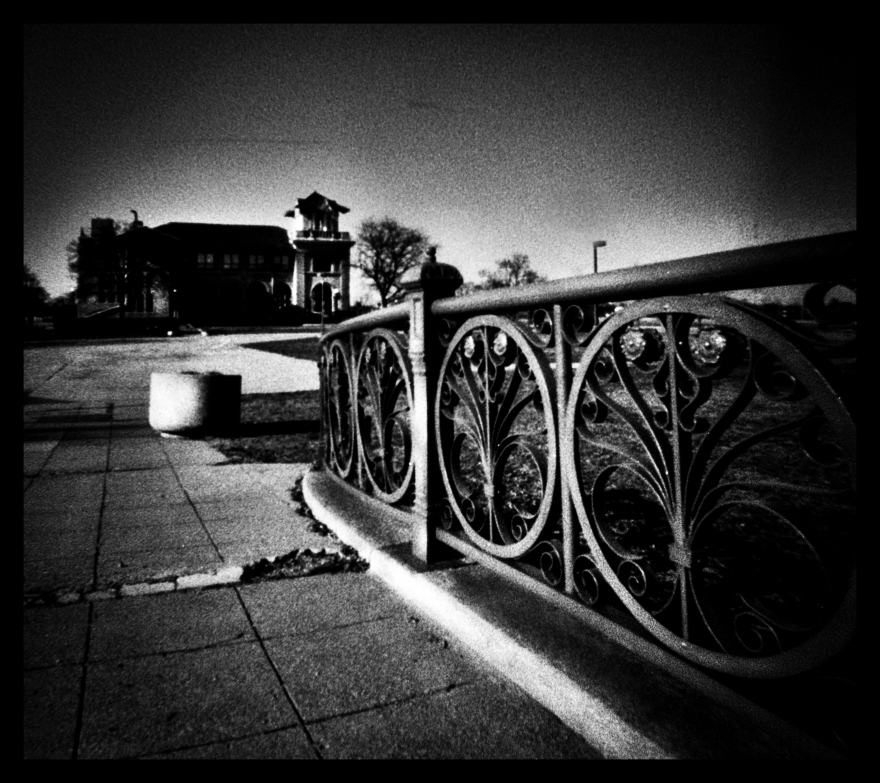 The 2000 Deluxe is an easy camera to use. It’s made of teak and the mechanical parts are brass, so it’s unlikely it will ever wear out if I take care of it. The 2000 Deluxe is a good camera to hand down one day. It’s a little tricking loading the film but it’s something I’ll get use to over time. To use it, there’s an exposure dial on the back. Just set your light meter as you normally do and take a reading in incident or reflective mode. The 2000 Deluxe is set at f/138, so just look at the inner dial where 138 appears and read the corresponding exposure time to the mark on the outer dial. Put a little mark next to 138 to easily find it, since the print is very small and hard to read if your eyes aren’t perfect. 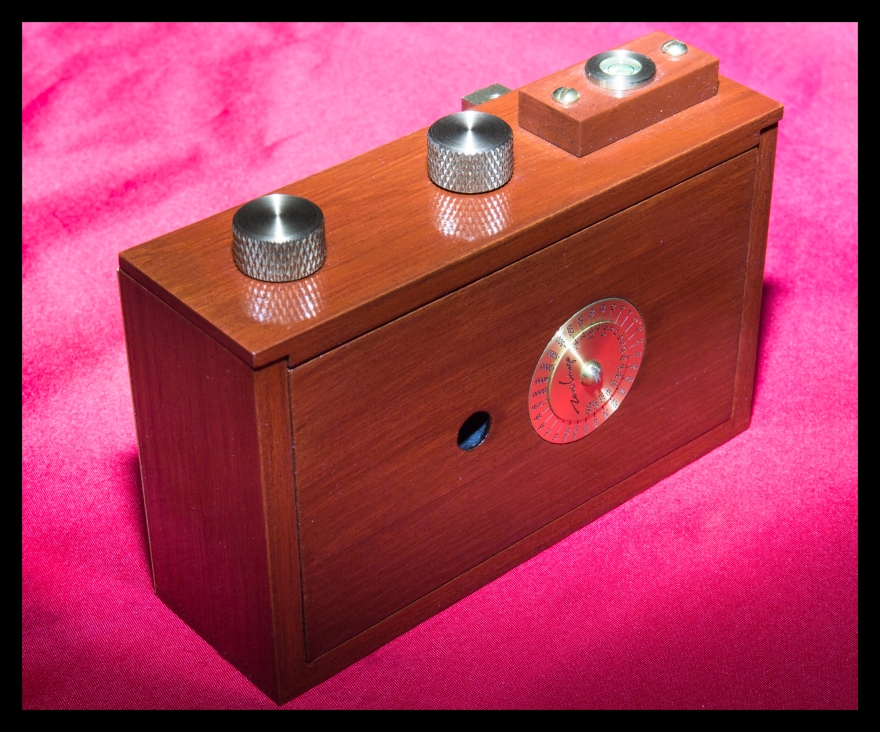 The difference between the 2000 Deluxe and base 2000 model is the cable release mechanism and the bubble level on top of the camera.

I like using a cable release so I opted for the Deluxe version. On the baseline 2000 you just use your finger to open the shutter and close it. The transition is smooth, so it shouldn’t jar the camera sitting on a tripod if you buy the baseline model. I’ve only used the bubble level on one or two shots.

Film wise, the day was very bright and clear for January when I went shooting. I normally use Ilford FP4 at ISO 125 for pinhole photography, but I already had a roll of Tri-X in the camera and didn’t want to waste it. 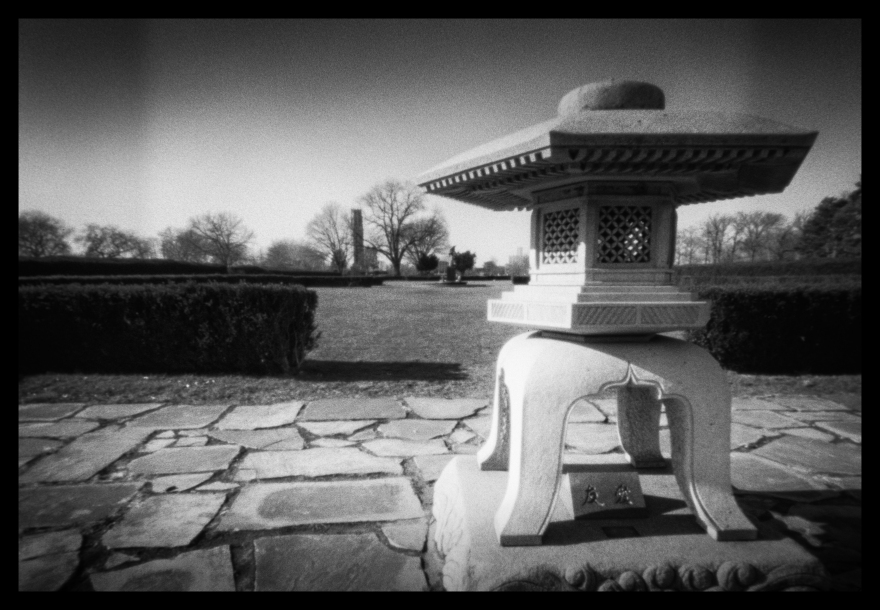 One of the cool features of a pinhole camera is the nearly infinite depth of field. For pinhole composition, it’s always to have an object in the foreground to offset the background. With all objects relatively in focus, the effect looks good.

Belle Isle was owned and operated by the city of Detroit for many, many years. A few years ago the State of Michigan took it over and it’s been going through renovations right and left.

Visiting Belle is like stepping back in time when Detroit was the mechanical Silicon Valley in the early 1900s. Tons of great photo opportunities here. 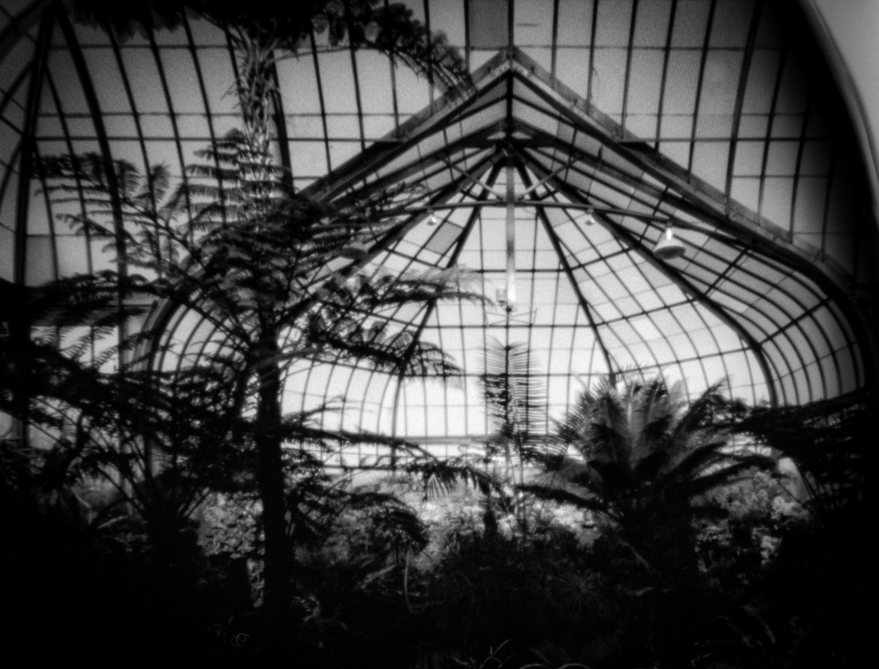 Bottom line, do I like the Zero Image 2000 Deluxe pinhole camera? Yes I do, and I plan to . My other pinholes are Holgas, so this is a big, make it my main pinhole camera.

For a video of Belle Isle and the Zero Image 2000 Deluxe pinhole camera and how to use it, check out the YouTube video here: Belle Isle Pinhole Shoot